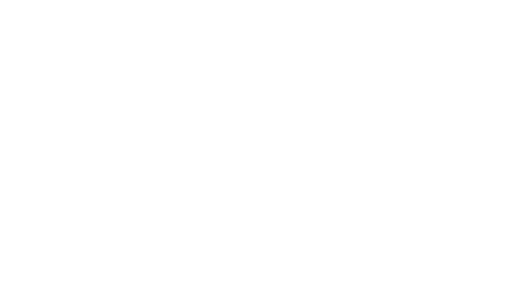 2005-2006: The first attempts to build up the lakes
The struggle for a large and beautiful, free from construction lake in southern Osokorky began in 2005-2006 when locals demolished the first fence, which the developer blocked access to Lake Nebrezh. The closure of the passage to the lake then caused considerable outrage from the local community. The fence was broken and burned, and the developer retreated.
2008: Financial crisis and "pause" of construction
The financial crisis of 2008 and the collapse of the real estate market began shortly, so the development of the southern Osokorky was postponed for an indefinite period of time. However, the developer continued to prepare the ground for future large-scale residential development.
2009: Scandalous violations in the allocation of land for construction
In 2009, at the time of Mayor Chernovetskyi and his odious “young team” at 3 o’clock in the night, out of thin air, the scandalous “Detailed Plan of Osokorky District Territory (DPT)” was accepted in total contradiction with the current General Layout of the city, and allowed residential development of the entire area around Nebrezh lake, where, according to the General Layout a large recreational water park complex was designed.

Read more about these violations on the page:
Why it's illegal to build around the lakes.
2015: The beginning of the Ecopark project
In 2015, as soon as electronic petition service was launched in Kyiv, an electronic petition was filed to the City Council demanding to stop construction on the lakes of the southern Osokorky and create a large regional landscape park “Ecopark Osokorky” in this area, which will preserve both lakes and unique floodplain meadows located behind the lakes to the south. The petition quickly gained 11,150 votes, with a minimum of 10,000 votes required.

Read more about the petition here:
Petition №713
2017: The second attempt to illegally build up the lakes
In September 2017, the developer started illegal construction work on the banks of Nebrezh lake. In response, activists of “Ecopark Osokorky,” NGO began to block the developer's attempts to build within the coastal protective lane of Nebrezh lake, which the Water Code of Ukraine expressly prohibits.

Read more about these violations on the page:
Why it's illegal to build around the lakes.
2017: Birth of NGO "Ecopark Osokorky" and a new stage of project development
Not wanting to put up with the arbitrariness of developers, activists united and created the NGO "Ecopark Osokorky," which with the help of lawyers collected relevant documentary material and filed a petition with the Kyiv Prosecutor's Office demanding to stop illegal construction of more than 300 hectares of lakes and meadows in southern Osokorky.
2017-2021: Active struggle against construction on the legal front
With the creation of the NGO, the next powerful phase of the legal struggle against construction began. A series of petitions were created and sent to the Prosecutor's Office of Kyiv, the General Prosecutor's Office of Ukraine, NABU, Kyiv City Council, Kyiv City State Administration, other instances, as well as many lawsuits to the Administrative and Supreme Courts. This is a struggle to revoke building permits near the lakes and declare illegal and cancel the Kyiv City Council's decision to approve the DPT (the detailed plan of the territory) of the Osokorky district.

Read more about this Why it's illegal to build around the lakes and in our legal documents.
What is the situation today?
NGO "Ecopark Osokorky" represents the interests of the community in the courts and tries to cancel the decision to approve the "Detailed plan of the Osokorky district" (adopted with many violations) and cancel all permits and approvals issued to the developer because they were issued based on void land leases and violations of environmental legislation.

NGO "Ecopark Osokorky" is negotiating with the Kyiv City State Administration and the Kyiv City Council's deputies to cancel legally invalid land lease agreements in southern Osokorky. We call on the Kyiv City Council to return to the city's community and Osokorky-Pozniaky over 300 hectares of unique recreational areas to create a park and save nature spot for active recreation of Kyiv residents.

The Ecopark team continues to improve the park's concept, look for project partners, potential patrons, and powerful friends who will make Osokorky Wetland Park (in ukr. Osokorky Ecopark) a reality.