At the first stage, the developer “Arkada” plans to build a residential complex “Patriotyka na Ozerakh” (about 40 buildings) on the eastern and southern shores of Nebrezh lake. In the future, residential construction will move south along Martyshiv lake. The residential development is based on scandalous “Detailed Plan of the Osokorky District Territory (DPT)”, which, firstly, was adopted with outrageous violations, and secondly, it completely contradicts the current General Layout, according to which there should be a recreational park area on the site of planned development in the southern Osokorky. Details of the numerous violations by the developer can be found in the section Why it is illegal to build around the lakes.

Below is a sketch of development according to DPT, which has been designed at the expense and in the interests of the developer. This is not the final plan of development, but, probably, is the functional planning of the territory. 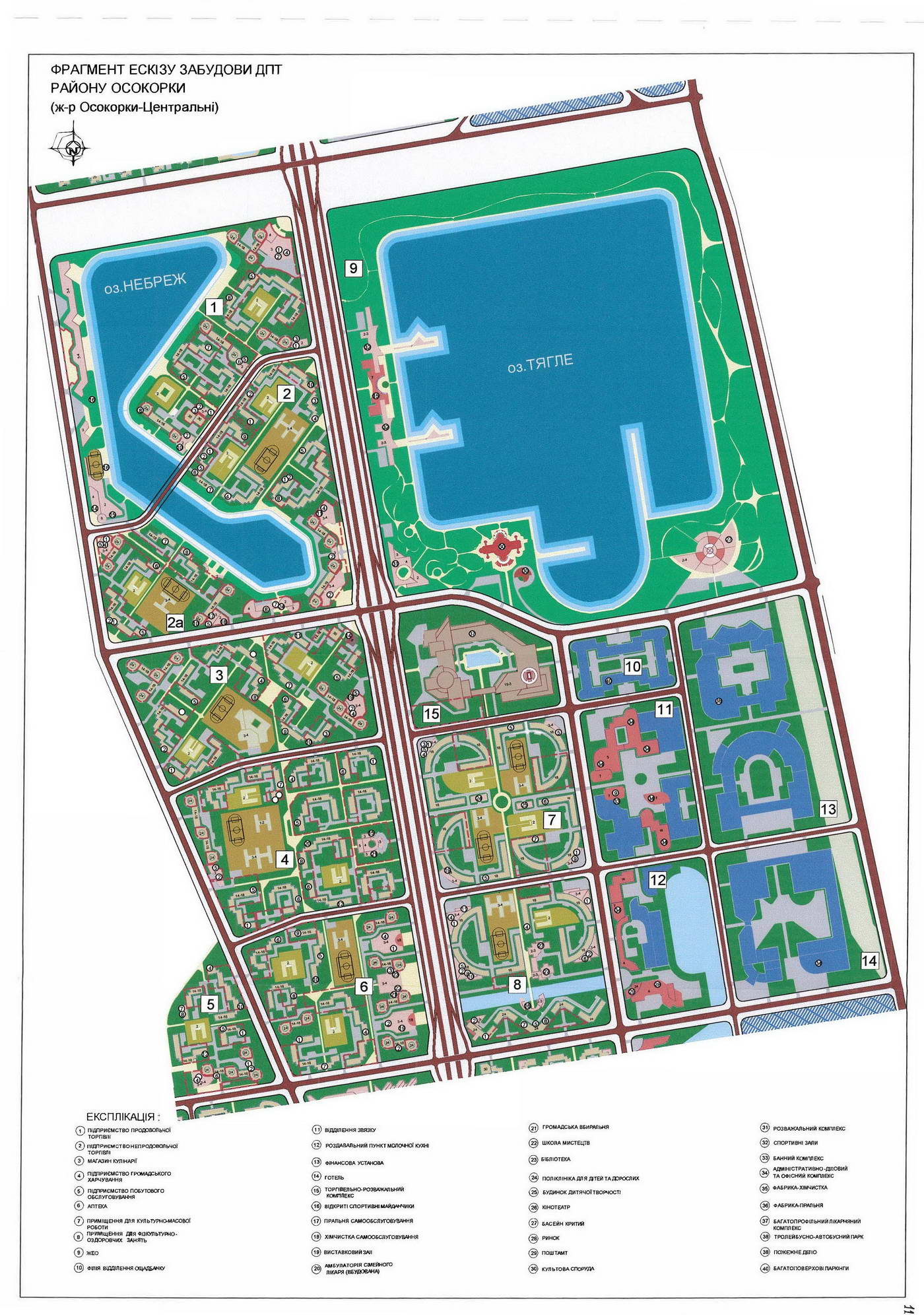 And this is the building plan of “Patriotyka na Ozerakh”, which was placed on the official site of “Arkada” Bank. After a wave of public outrage, this plan has been removed from the aforementioned site. 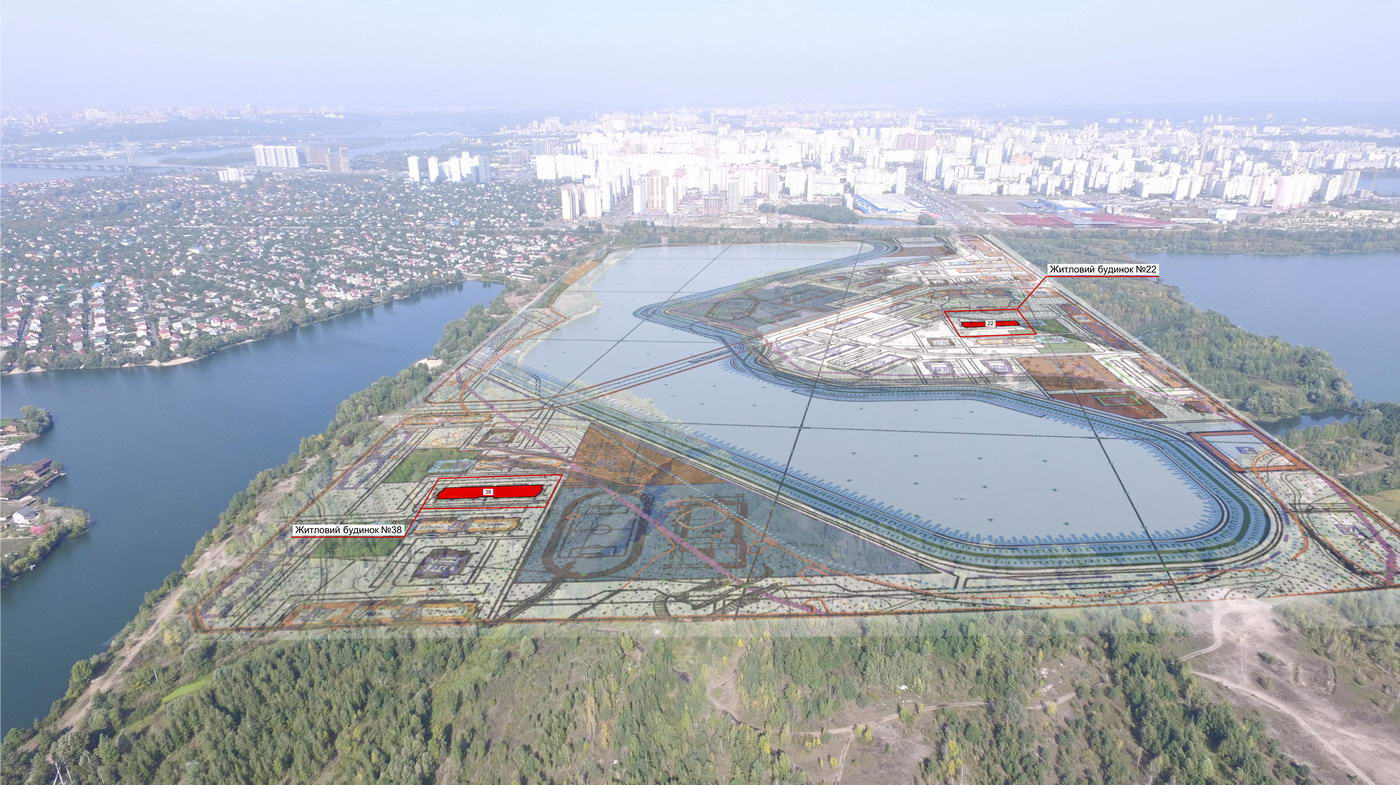 Further there is the General Layout of development around Nebrezh lake. This document was photographed in the State Architectural and Construction Inspection of Ukraine (DABI) in order to make it publicly accessible. 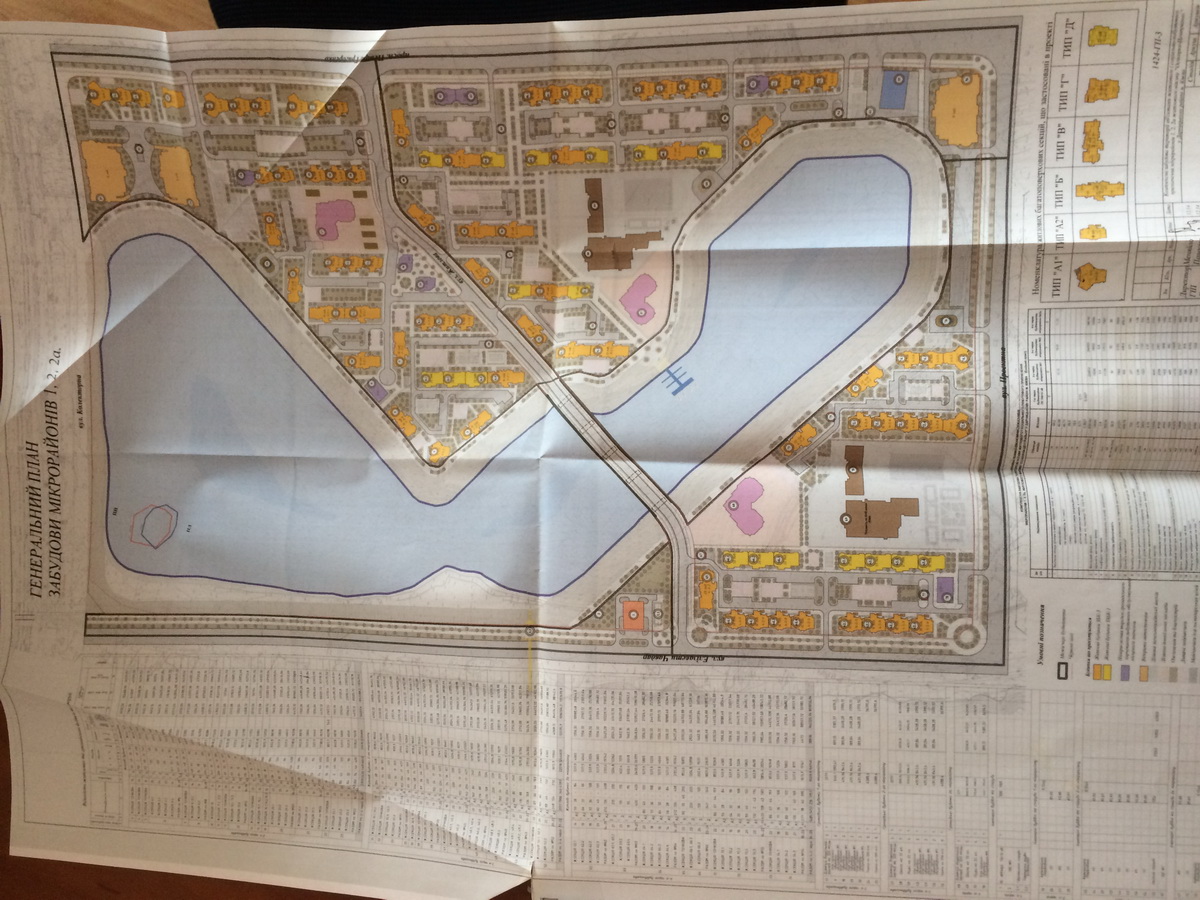